All Articles
Trends
Business
Software
Centogram
← Vue vs Angular; Which is Better? Is Vue CLI 3 Really a Game Changer For Frontend Development? →

Essential Skills to Look for in a Vue Developer 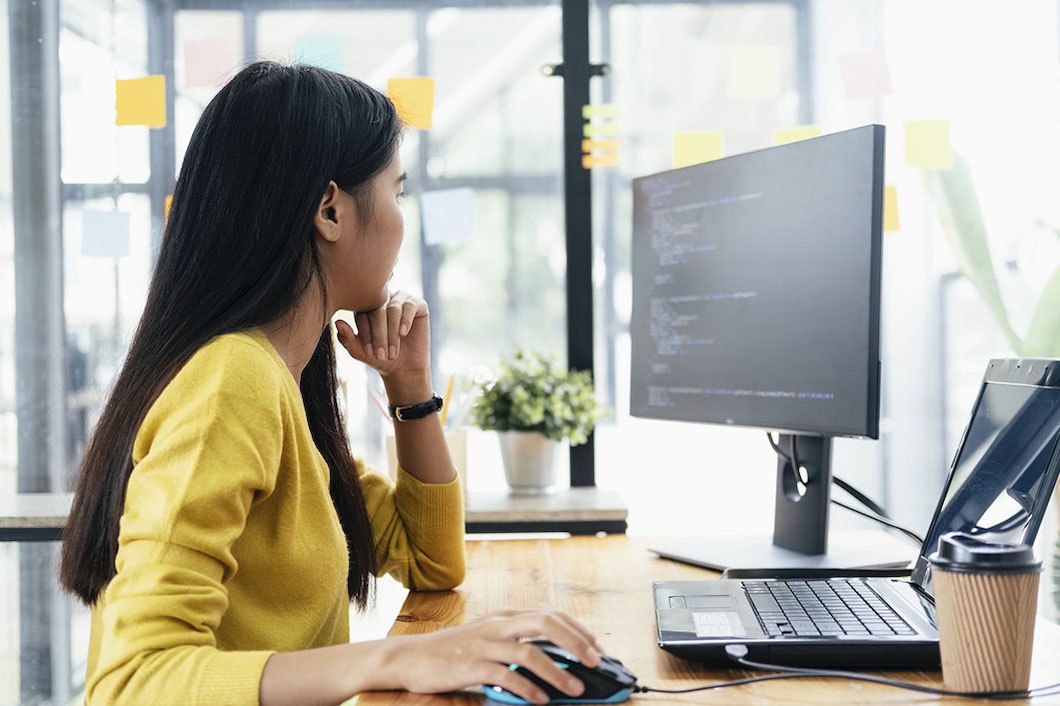 There was a time when developers would instinctively reach out for Angular or React to create mobile applications. Not so much nowadays. Vue.Js has been around for a while now, but it is steadily growing in popularity and rightly so. For many developers, Vue has not become the go-to choice when it comes to creating mobile applications that are great to look at and fully functional.

Moreover, Vue has done away with much of the guesswork that goes into creating a business application thanks to its many new features and ease of use, which allows developers to create clean code which results in better-performing applications. If you are a business owner who is looking to get their first utility app, the Vue is certainly the way to go. In fact, more and more business owners are now turning towards Vue for the development of their business apps.

Regardless of your business niche or the reason behind getting an app for your business, the mobile application is only going to be as good as those who code it. This means, as a business owner, your first priority needs to be hiring an experienced app development company that can build your business app within the least amount of time without skimping on the quality, or making a dent in your budget. This is where skill comes in.

You may have seen this one a mile away. HTML (Hypertext Markup Language) is the first thing that any developer needs to learn for web development, mainly because it is the standard markup language used to create web pages and apps. HTML is used by developers to structure websites. It also contains data of the content of a website. Whether you are using Vue or Angular, this is the fundamental part of any app development. When hiring a professional app development company, it is crucial to make sure the developers that they have on their team are not only proficient in HTML but know the latest version of the markup language, which is HTML 5.

Rather than the traditional static data that’s displayed, Vue applications use dynamic data that can respond to user interaction and inputs. This is just one of the many advantages of using Vue. But, JavaScript is a must to write the logic for this behavior in the SFC. Since new standards of JavaScript are being released almost every year, it pays to make sure the app development company that you hire has developers who are familiar with the latest JavaScript standard. Using the latest JavaScript will, without a doubt, improve the overall efficiency of the app development process by allowing the developer to write better code. And better code translates to a better app.

Learning Git has become a standard for app developers. This is basically a version control system that allows the developer to keep track of the changes that they have made in their files. This helps to simplify the working on files and projects. Developers store the changes they have made in the code on their GitHub account, while others can also work on their existing code base using Git, which makes it an essential skill to learn for any Vue developer.

It goes without saying that HTML and CSS are the foundations of designing websites and apps. HTML structures the website, while CSS defines the presentation of the document that’s written using HTML. In short, CSS helps developers polish up the appearance of the website or app so that it is more appealing to look at. When developing an app on Vue, developers will use Single File Components (SFC), which allows them to define HTML code templates, JavaScript logic, and CSS styling. Vue renders HTML from the template that’s to be visible to the user, which is why it is essential for a Vue developer to have solid HTML and CSS skills.

App and web development is a fast-paced niche where changes happen even faster. Keeping that in mind, it is important to hire an app development company that can keep up with the fast-paced world of programming and learn the latest tools and techniques that will ensure your app rolls out on time and within budget. Hiring an experienced app development company will ensure that you get to work with professionals who have the required experience and expertise in developing applications and are continually upgrading their skill set to create better functioning mobile applications.

For any business, regardless of its size or niche, getting a utility app is going to be a significant investment, which means you will want to get it right the first time. More often than not, business owners, in all their excitement, fail to hire the right app development company for the job, which often results in disaster and more expense down the road.

But, by making sure that the app development company that you hire has the right blend of experience and skills when it comes to app dev, you can ensure that your business app rolls out smoothly and without any hassle. To make sure you hire the right app development company for utility app development, it is best to always ask them if their developers have the essential skills when using Vue, such as the ones that have been mentioned in this article. These are just some of the essential skills for any Vue developer to ensure your business app rolls out within the expected time and budget, and more importantly, is able to function at an optimal level.