All Articles
Trends
Business
Software
Centogram
← Is a Mobile App Right For Your Business? Features Small Business Owners Look for in their Business App →

Why Choose Ionic for App Development? 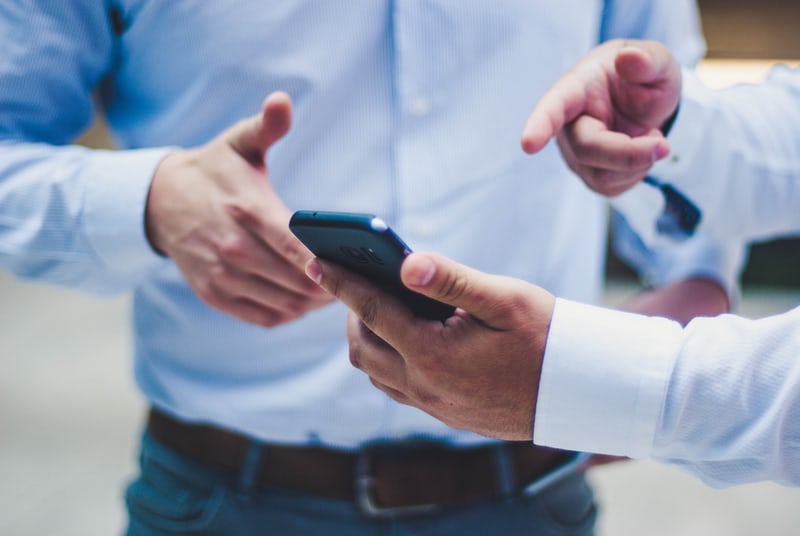 When it comes to app development, Ionic remains to be the most widely used for creating enterprise and consumer apps. With more than 16% of apps on the Google Play Store being built on the Ionic framework and 10% of apps on the Apple App Store built on Ionic, it is easy to see that Ionic continues to be the top choice for app developers around the world, and rightly so. Whether it is for a startup or a large enterprise, Ionic is the best choice to build an app that will be responsive, cross-platform, and fully functional.

The Ionic framework is continuously evolving and getting better. Ionic 2.0 was launched in 2017 and contained some significant upgrades. Based on Angular 2.0, this meant that developers had the chance to enjoy more efficiency and a smooth workflow, and cleaner code structure, which have become some of the hallmarks of the Ionic framework. If you are still on the fence when it comes to choosing Ionic for your business app, then here are some of the reasons why you should choose Ionic for business app development.

One of the main reasons why the Ionic framework is the preferred choice for mobile app developers is because Ionic is mobile-ready, which is more than you can say when using other app development frameworks. It is important to note that the Ionic framework is not just another community-supported Open Source framework, it is a powerful and continuously evolving framework that has been developed to build efficient and user-friendly apps. This is one of the reasons why Ionic is commonly used for building enterprise apps used for marketing or improving the productivity of businesses.

This allows development teams to use Ionic’s suite of security-oriented Native solutions, AppFlow DevOps platform, and plugins for developing functional apps and providing updates in real-time directly to the app store. By using the Ionic framework, app dev teams are able to get easy access to priority support tickets with SLAs, and access to security and bug hotfixes while coding Ionic software. Apart from that, Ionic is venture-backed, which has resulted in those behind the framework raising up to $18 million to expand and improve the Ionic framework for enterprises.

For any app development team, working with a new framework can be a complex process. But, that’s not the case when using Ionic since developers enjoy a large and friendly Ionic community that are there to help and support each other’s projects and answer any Ionic-related queries. This is another reason why Ionic is one of the most sought after frameworks by developers, whether they are building e-commerce apps or business apps.

Since Ionic has been built as an addition to Angular and Cordova, which also have large support communities, it makes it easier for app developers to get the information they need to complete the business app on time. This translates to less time being spent on trying to figure out solutions to problems. Since there’s a large Ionic community, developers can easily reach out to get the support they need. From a business perspective, this means business owners do not have to wait long to get their Ionic app up and running.

Ask any business owner who is looking to get a new app or a website, and they will tell you that it’s always about the user experience. Whether you are getting an Ionic app for improving the productivity of your employees, or to use to market your brand, the user experience is always going to be the main focus of developing an app. The good news with the Ionic framework is that it offers users an extremely appealing and user-friendly design. The best way to describe the overall design of Ionic apps is straightforward and efficient. Since developers have access to a whole range of themes, paradigms, and other components, this ensures an Ionic app is not only great to look at but is also practical.

When it comes to developing hybrid apps, Ionic is the best choice since it comes along with customization options for the buttons, menus, and colors of the app. The high level of UI elements that have been included in Ionic, along with multi-language capabilities, means that users are able to enjoy a pleasing and easy to use user interface when working on an Ionic app for business.

And finally, another great advantage of using the Ionic framework is that it allows app developers to test the app on PC or simulators simultaneously via Cordova commands. These direct testing capabilities ensure that your Ionic app will be bug-free and will perform at optimal levels from the get-go. This is a big advantage for business owners who require an app that not only performs well but does not crash or freeze, especially during working hours.

It is easy to see why the Ionic framework is considered to be the perfect choice for all those business owners who are looking to have a single-quality application that can be released across multiple mobile platforms. Ionic makes it easy for app developers to create outstanding apps without compromising quality or design. One of the best advantages of using Ionic apps is the high level of efficiency that it offers individuals and business owners.

Furthermore, Ionic is business efficient, which makes it a favorite amongst the developer community, and is one of the reasons why Ionic apps are featured on all major mobile application platforms such as Google, Apple, and Amazon. So, if you are a business owner who is thinking of getting a new app for your business, then you need to hire a professional Cincinnati Custom Software and Mobile App Development Company who can build a responsive and efficient Ionic app for your business.