All Articles
Trends
Business
Software
Centogram
← How Long Does It Take To Learn Strapi? Using Strapi with Nuxt.js →

How Capacitor JS Makes It Easier for Developers to Build Apps 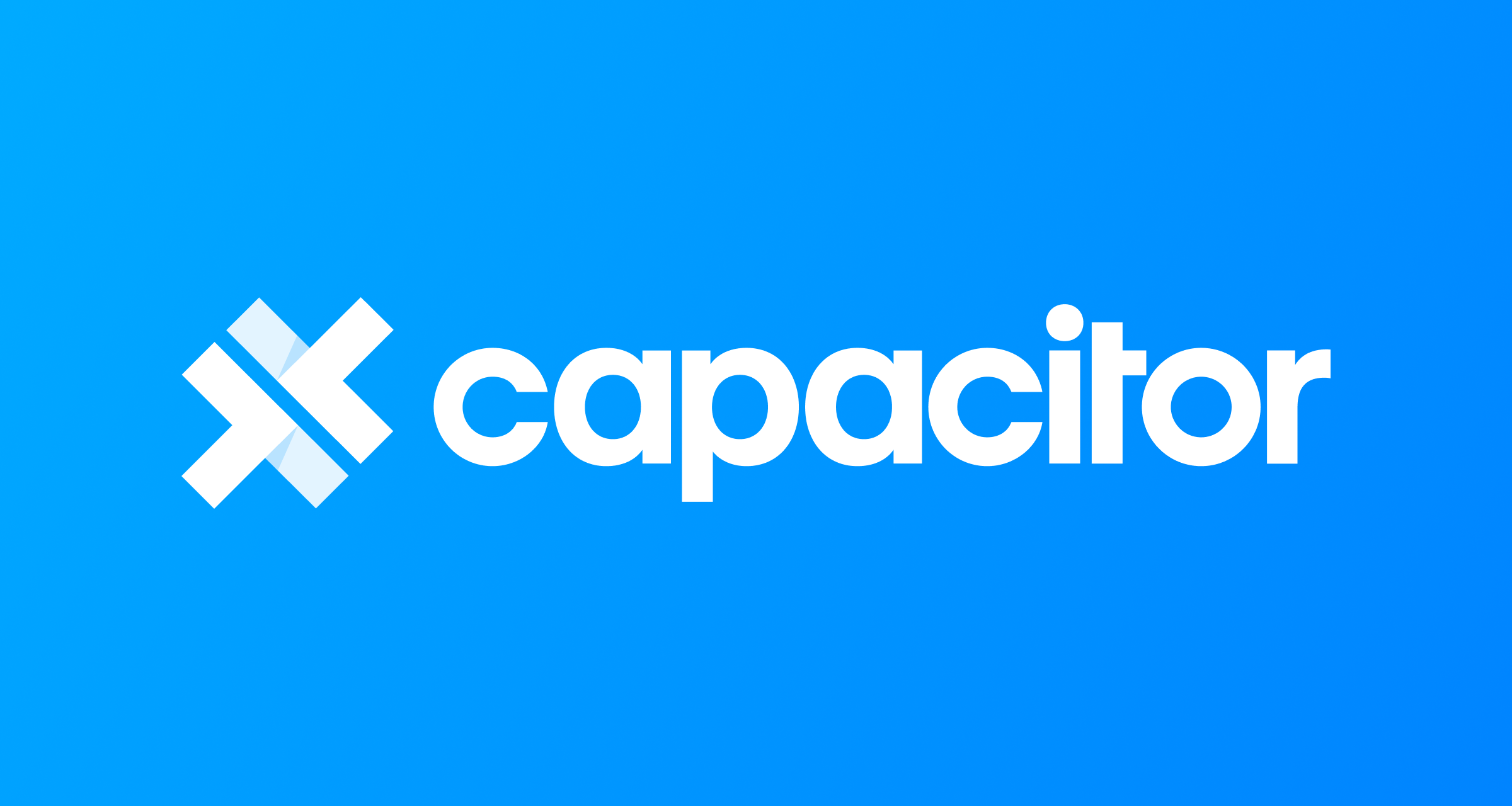 In the past, it was difficult for developers to build apps with one codebase. This is because they needed to use different technologies and components based on each platform’s requirements. If a developer wanted to create an app for several platforms, they would need to have expertise in every technology that the app used, which made it almost impossible without extensive training.

Capacitor JS makes it easier for developers who know only one language (JavaScript) and technology (Angular) to build apps without additional training in native development languages or technologies.

This article will explore how Ionic Capacitor makes it easier for developers to build apps.

Ionic Capacitor: What Is It?

Capacitor JS is a free and open-source library that helps developers build cross-platform mobile apps using Apache Cordova as the underlying technology. With Ionic Capacitor, you can develop Android, iOS, Windows Phone, and web applications with one codebase.

Why Is It Different from Other Cross-Platform Mobile Frameworks?

Developers who want to develop cross-platform applications usually choose hybrid frameworks, such as PhoneGap, Cordova, React Native, Xamarin, etc. Each one of these has its pros and cons.

Capacitor JS is different because it was developed by the team behind Ionic Framework. They have extensive experience in building hybrid mobile apps using Angular. The Ionic developers decided to build a new cross-platform solution from scratch when Cordova’s performance became too slow for them—the current version of Apache Cordova uses the old WebView component that has been deprecated since Android Jelly Bean (API level 16).

For this reason, every time Google releases a new Android OS update with improved JavaScript/WebGL rendering performance, all existing Cordova applications need updating as well. With Ionic Capacitor, you can skip having to deal with these problems altogether.

Capacitor also supports the development of Progressive Web Apps (PWAs), which are web applications that behave like native apps. They can be installed on users’ devices, and they work offline. PWAs are becoming increasingly popular because they offer many benefits over traditional web applications, such as better performance and user experience.

Additionally, building plugins that include web functionality as a fallback is straightforward. Capacitor includes a plugin system that makes it easy to include native functionality in your Cordova app, and you can use this system to add web-based features as needed.

For example, you could use PWA to implement not yet supported features, such as geolocation. With the plugin system in Capacitor, you could also easily integrate with existing Cordova plugins.

Ionic is a popular frontend framework for developing apps made using HTML/CSS/JavaScript. It helps developers build beautiful native-like mobile applications by leveraging services like Apache Cordova to access APIs exposed only on iOS or Android devices.

In other words, Ionic makes it easy for web developers to use their skillset—HTML/CSS/JS development—to build cross-platform mobile apps without needing expertise in native languages (Objective C & Swift) and technologies (iOS SDK). And since Capacitor uses Ionic as its default frontend, you can use Ionic with Angular to build PWAs that are indistinguishable from traditional native apps.

For example, you could use Ionic to create a login screen for your app. This would be implemented as a PWA, and it would look and behave like a traditional login screen on iOS or Android.

Capacitor comes with a powerful command-line interface (CLI) tool that can be used to generate new projects, build apps for different platforms, and deploy updates. This tool is another advantage that makes Capacitor a great alternative to Cordova.

This also eliminates the need to manage any worldwide dependencies, making it simple to employ different Capacitor versions in every application you create.

For example, you can use the CLI to generate a new Ionic project: ionic start capacitor-pwa-example blank –type=angular. This command will create a PWA app using Angular and add it as an existing project in your current directory. You could also build this app for Android by running the following command: ionic Cordova resources Android and deploy or preview updates simply by typing “ionic serve” at the terminal.

Since Capacitor is based on Apache Cordova, it allows developers to use all of the great features of Cordova to manage their native projects. These features include plugins for things like in-app purchases and analytics, global variable management, and more.

Capacitor does not abstract native APIs for iOS and Android, so developers can easily access all of them in a single application. This means that you can build an app that uses both Ionic UI components, as well as Cordova plugins implemented using JavaScript or TypeScript, meaning it is easy for mobile apps created using Capacitor to be fully cross-platform compatible!

Capacitor incentivizes developers to utilize the platform’s native IDE, Xcode for iOS, and Android Studio for Android. This means we won’t have an abstracted layer, which is what Cordova’s config.xml does today. The disadvantage is that by not having an abstraction over the native layers, Developers have considerably more control and insight into the native project changes due to the absence of abstraction over native layers. This leads to superior app development and maintenance experience over time.

Capacitor also allows developers to customize their app configurations for each platform. This means that you can set different values for properties like splash screens and icons or even include completely custom code for a specific platform.

For example, you could create an image for your app’s splash screen that is specific to iOS and then use a different image on Android. You could also include custom code in your project that is only executed when the app is running on a particular platform. This gives developers more control over how their apps look and behave on each platform, which can be helpful if you want to target a specific platform with unique features or design elements.

Developers can also modify the backend to enable custom native code for specific platforms, allowing apps to be built without worrying about implementing the necessary features.

For example, Facebook has a custom plugin for implementing their login authentication on iOS and Android. However, this plugin cannot be used on other platforms. This can be a major roadblock for some developers who want to develop an app that is compatible with multiple platforms. With Capacitor, this would not be a problem.

Since its release, Capacitor has seen rapid adoption, with over 100 plugins already available on npm. This means that developers can quickly add features like push notifications, social login, and even AR/VR support to their applications with just a few lines of code.

Instead of looking at different JavaScript frameworks and libraries, developers can now focus on building applications. They don’t need to learn about new configuration structures or tooling anymore, they simply build an Ionic app as usual and then use the CLI tools to add all sorts of native features like push notifications using Capacitor plugins. This makes it possible for any developer who has worked with Cordova apps before (and there are a lot!) to start working in mobile application development immediately.

Several steps now reduce the end-to-end process that was previously required: no more configuring iOS certificates and provisioning profiles manually – you just need your Apple ID account details, create a project from scratch with one of the many templates, or import an existing Cordova project into Capacitor. The same goes for Android – there is no more need for signing APKs and setting up release channels in Gradle; you just use your Google Developer account to get started.

Migrating an existing Cordova project to Capacitor is simple – the command-line interface (CLI) tooling provides various options for migrating your project, and there are even more migration helpers available on Github. This makes it easy for developers to try out Capacitor without having to worry about making any major changes to their existing codebase.

Capacitor also supports hot module replacement (HMR), which means that you can make changes to your app while it is running and see the results immediately. This allows you to experiment with new features or design elements quickly and easily without rebuilding your entire application every time you make a change.

This all comes together to create a powerful cross-platform developer platform that is lightweight, flexible, and easy to use.

Capacitor is a game-changing development in the world of cross-platform mobile app development. It provides a simple, easy-to-use platform for developers to create apps that target multiple platforms simultaneously. With Capacitor, developers no longer have to worry about implementing complex native code or configuring certificates and provisioning profiles – it’s all taken care of.

Additionally, migration from Cordova projects is simple and easy, so there’s no need to worry if you’re already familiar with this framework. Try out Capacitor today and see how easy it can be to build beautiful, multi-platform mobile applications!