What Makes Vue.js One of the Best JavaScript Frameworks 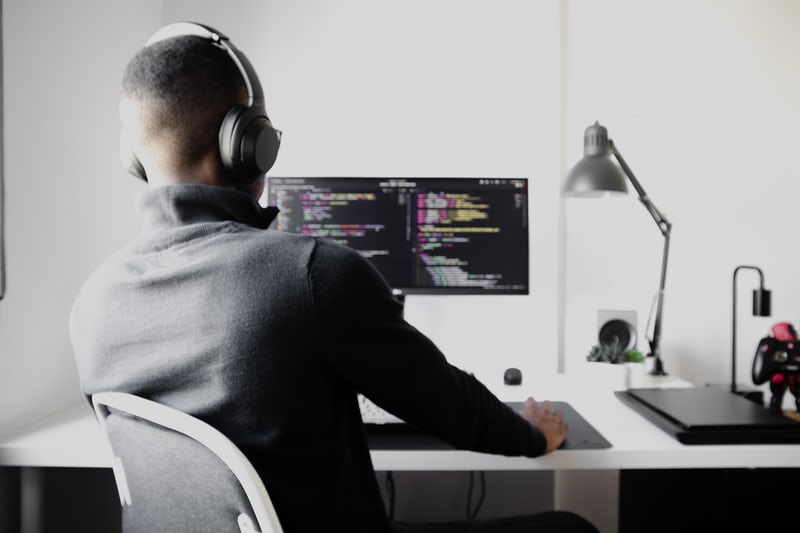 Finding the ideal front-end framework for a web solution is not easy. The priorities and required features change depending on the product you are building. A web solution runs smoothly when the web framework matches its needs and features. However, picking the wrong framework can introduce several risks in development and increase the complexity of the project.

Vue.js is one of the best front-end JavaScript frameworks today. It offers several exciting features, yet it’s often overlooked because of more popular JS frameworks like React and Angular.

Vue.js, Angular.js, and React.js are similar in many ways, including programming syntax. However, Vue.js provides several advantages over web JS frameworks like React and Angular.

In this article, we will discuss key Vue.js features that make it one of the best JavaScript Frameworks.

Apart from programming syntax, Vue and React are similar in many other ways. Both of them leverage a virtual DOM and provide developers with composable and reactive view components. Moreover, they both have a solid core library with functions such as global state management and routing managed by companion libraries.

Since both these libraries are similar in scope, it’s easy to see why Vue.js is often overlooked in favor of React. React offers users an abundance of custom renderers and a rich functional ecosystem. However, Vue.js offers similar features that resolve a wide variety of problems.

React handles component state changes differently. Whenever a component changes its stage, React re-renders the entire subtree of the component. In this process, the modified component is assigned as the root’s subtree.

To prevent the re-render of child components, developers must implement shouldComponentUpdate or leverage PureComponent whenever possible. Because of this, developers also have to leverage immutable data structures to optimize component state changes.

Although functions like PureComponent or shouldComponentUpdate help us optimize component changes, they are not always reliable. Both these functions assume that the props of the current component are responsible for the entire sub tree’s render output. In cases where this assumption isn’t true, these optimization functions can make the DOM state inconsistent.

In contrast, Vue tracks all components dependencies automatically when rendering web components. Therefore, the system exactly knows which components must be re-rendered when the component state changes.

In other words, you can imagine that Vue.js automatically implements shouldComponentUpdate on every component without letting you deal with the complexity of nested components.

To start learning Vue, all you need is basic knowledge of simple JavaScript and HTML. By reading the Vue.js application guide, you can easily build basic applications within a day.

On the other hand, both React.js and Angular.js have a steep learning curve. Both these frameworks have a large API surface. Therefore, developers must be familiar with several essential concepts before they can efficiently leverage functions, APIs, and libraries.

React and Angular enables developers to make complex and large applications more effectively. However, this also makes both these frameworks extremely difficult for less-experienced developers.

Vue.js offers developers a flexible and modular alternative to frameworks like AngularJS Angular restricts developers regarding how they should structure applications. In contrast, Vue.js enables users to adapt to a wide variety of projects.

Likewise, Vue’s command-line tool automatically installs all modules with recommended defaults, making module configuration smoother for users. With that said, users still have the option to change specific parts of the configuration based on their needs.

Data binding is a key process of web programming. It enables users to modify Web page elements through a Web browser with the help of dynamic HTML. Frameworks like AngularJS leverage two-way binding between scopes. Although this technique provides greater options for large, complex apps, it needlessly complicates the architecture of simple web applications.

Directives have been a key element of web programming since Java Server Pages (JSP) was popular. They enable developers to provide instructions to web containers by giving them direct access to HTML tags.

With the advent of web components, it has been hard to distinguish between web components and directives. In frameworks like Angular, directives are universally used by developers. Although components are a part of Angular, they are considered as a variation of directives and restricted to specific use cases.

In contrast, Vue.js divides components and directives into separate categories. Simply put, components are wrappers designed to add or insert custom HTML tags over something, so it’s easier to render them. On the other hand, directives don’t let you add tags. Instead, they give users direct access to HTML tags.

Compared to Angular, Vue.js is easier to optimize and offers better performance. One of the key reasons behind this is that Vue.js doesn’t leverage dirty checking.

Dirty checking is a run-time operation where the application will check all managed entities even if we only change a single property of one entity. Therefore, if your application has a large number of managed entities, it could significantly increase the CPU and memory footprint. All of this can degrade application performance in real-time.

Since AngularJS uses dirty checking by default, it can slow your application down when you have a lot of watchers. Every time anything changes in scope, the application is forced to re-evaluate all the watchers.

At the same time, your application’s digest cycle must run several times to prevent watchers from triggering another. In Angular-based apps, things can get really ugly really fast when there are several watchers, making it impossible to optimize a scope.

Vue doesn’t suffer from the same issues because it leverages a transparent dependency-tracking observation system. Not only that, with Vue.js, you also get access to async queueing. Simply put, unless you explicitly configure dependency relationships, all scope changes trigger independently.

Most of Angular’s documentation is based on TypeScript. TypeScript offers users a wide range of benefits. For instance, Java and C# developers are far more comfortable working with TypeScript-based codebases since they support similar functions. Likewise, operations like static type checking are extremely useful for building large-scale applications.

With that said, not everyone wants to build complex and large-scale applications. Leveraging a type system can overly complicate smaller-scale applications, burdening developers instead of helping them. In such use cases, it’s better to use Vue instead of facing the complications of using Angular without TypeScript.

Angular.js has cut down its size through recent versions with the help of tree-shaking and AOT compilation. However, here too, Vue.js can provide developers with a faster and more lightweight alternative.

An AOT-compiled Angular application created through the angular-CLI is almost 65KB while being gzipped. In contrast, a fully-featured Vue 2 project is almost 30KB even when supplemented by modules such as Vue Router and Vuex. Vue.js is most known for being fast and lightweight, thus ideal for smaller web applications.

A Better Version of MobX

MobX is a web programming library that simplifies makes state management and optimizes it by applying TFRP (transparent functional reactive programming). This library is highly popular with React.js users and allows them to write minimalistic and boilerplate code. It helps them efficiently update data in asynchronous processes and update record fields.

Moreover, it allows web developers to track all use-cases of and changes to data at runtime. It does this by creating a dependency tree that showcases the relationship between output and state.

The tree helps your app ensure that that all React components run only when you strictly needed them to. As a result, developers no longer need to worry about manually optimizing components through selectors and memoization.

All these features are cool. But developers often forget that Vue.js offers them a nearly identical (if not better) reactivity system. That too, in a much more simple and seamless syntax. If you love using React and MobX together, Vue.js is probably the better option.

Vue.js is a developer-friendly web programming framework that helps us create faster and lightweight applications. It has a solid community that keeps on growing. Vue.js developers have access to a great toolset and benefit from tons of useful libraries.

Vue.js is easily one of the best JS frameworks in 2022, owing to its flexibility, efficient optimization, and user-friendly design. If you are eager to use Vue.js in your project, don’t wait, get started now!