What Is a Progressive Web Application – Why Do You Need One? 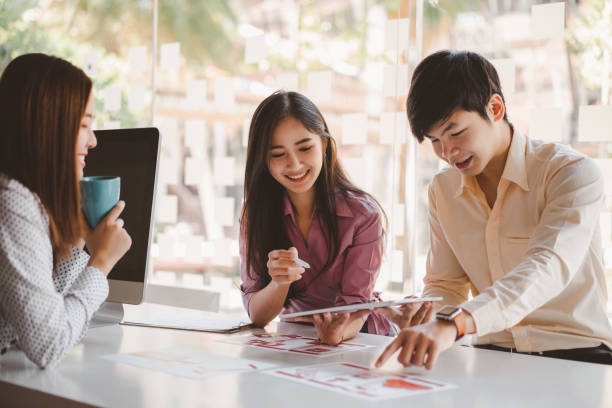 The consensus is that Progressive Web Apps are designed to empower companies by accelerating their tech capabilities and bringing balance to the business force. So, how does that look for native apps (apps downloaded through the app store)? Do PWAs spell the end for them? Why do you need a Progressive Web Application?

This post will explore the PWA phenomenon in detail by starting from the basics. So, let’s get straight into it!

What Is a Progressive Web Application?

Do you remember coming across an “Add to Home Screen” banner at some point while going through a website on your phone? When a user selects that “option,” the website “app” automatically gets installed in the background. The next time you open this application added to your app drawer, you can get the same browser experience on your phone as what you’re likely to get through a web browser.

Simply put, you’ve got a mobile app downloaded directly from its web counterpart rather than the app store. How easy is that? With just one tap, you’ve got the app installed on your phone!

There’s more. Every time you open this app in the future, you’ll be able to go through all the content even without any Internet. In other words, you have permanent offline access to the app!

In a nutshell, a Progressive Web App (PWA) installs an application directly to your phone browser window, works just like a native app downloaded from the app store, and provides offline access whenever you want.

Frances Berriman and Alex Russell, the software and IT specialists who coined the term “Progressive Web Application,” describe it in the following words.

“PWAs are, at their core, simple websites that happened to consume all the right vitamins.”

This means that PWAs aren’t a whole new technology, per se. They’re a combination of industry best practices that make a web application work like a mobile or desktop app. For Russell and Berriman, the dream is to create a wholesome experience that the average user cannot notice the difference between a native mobile app and a PWA.

Progressive Web Apps utilize progressive enhancement to provide engaging user experiences, meaning that a PWA will function the same way whether you’re using a brand new iPhone 13 or an older model of this much-loved Apple product. That being said, a few features might not be available, but the app would generally function the way it’s supposed to.

In contrast to native apps, PWAs combine a much bigger ecosystem, effective plugins, and efficient community. Deploying and maintaining a website is also relatively more straightforward.

According to a developer at Google, the “progressive” portion of the term reflects how users “progressively” develop a relationship with a particular app, and how this becomes more powerful with time.

Following are some prominent examples of the impact of PWAs.

PWAs come with some technical portions that tend to revitalize regular web apps. These are discussed below.

This technology makes a PWA tick not to be confused with a human worker. It supports offline access capability, push notifications, and resource caching. Service Workers offer a programmatic way for PWAs to cache application resources.

PWAs need secure protocol HTTPS. This is Service Workers can intercept and track network responses. They also can modify responses and manage all other actions on the customer side.

Progressive Web Applications bring a lot of positives to the table. Below are their key characteristics.

PWAs can easily adjust to different screen orientations and sizes. They come with a high-quality and ultra-responsive design which ensures that the app will continue working with new devices as and when needed.

Progressive Web Applications are secure by nature. This is because their technology requires that all applications be served over HTTPS. Otherwise, they won’t work!

Generally, native apps are believed to offer greater engagement than web-based applications. This is because the icon saved on your phone screen makes it simple and easy to enter the application (all you need is one tap). Furthermore, push notifications to come in handy as they alert users to information that might be important for them. PWAs can give users those same benefits that web solutions are typically known for.

Why Do You Need a Progressive Web Application?

There are multiple challenges associated with web and native apps. Let’s take a brief look at them below.

About 60% of people in the world are still using 2G Internet, and that’s the best they’ve got for now. Depending on where you live on the planet, this stat might have been a surprise. An even more puzzling revelation is that some Americans still have to use “dialup” to access an Internet connection.

As unbelievable as the above info is, Progressive Web Apps represent a significant upgrade for the 2G user-base anyway!

Installing native apps through an app store isn’t exactly a desirable activity for many people. In fact, the average user hardly installs new applications from month to month.

Around 53% of users close a website if it takes too long to load. Moreover, a user has to wait 3 seconds on average to click the “X” button and abandon a website if it’s too slow.

Even though the average phone user spends most of their time browsing through native apps, mobile web reach is three times greater. This indicates that most users aren’t actively engaged. One reason is that they’re spending as much as 80% of their phone usage time on only the top 3 apps. For instance, a typical user may spend the bulk of their time using Instagram, Snapchat, and Facebook.

Progressive Web Applications can solve the problems mentioned above. Below are some compelling reasons for switching to PWAs.

PWAs deliver consistently fast and efficient user experiences. Everything happens at a blistering pace, from when an app gets downloaded to your phone window to when you start interacting with it. And since data can be cached, starting the app again takes a fraction of a second, even if you don’t have access to an Internet network!

As mentioned earlier, Service Workers add to the reliability of PWAs, helping them work at an optimal level without an Internet connection. Moreover, engagement is enhanced because of the ability to send notifications. This keeps a user updated about the latest happenings on the website.

Progressive Web Applications work, behave, and feel like native apps. They stay on your phone’s home screen, deliver push notifications, and access the functionalities of your device in the same way as native apps do. The overall experience is nicely integrated, seamless, and highly engaging.

Web-based solutions are the future of apps. They are adaptable and support a wide variety of applications. Although web technologies are used for many things these days, mobile web has been a toned-down experience so far. PWAs might be the tool to change that!