React Native Or Swift: Which Is Better For iOS Apps?

React Native has been gaining popularity since it was released by Facebook as an open-source code.  However, React Native is not the only open-source coding structure that you can use to create an app for iOS devices (Apple).  As you work on iOS, you can also use Swift which is a compiled programming language for this platform.

The Performance Differences Between React Native And Swift

When it comes to choosing the language you use, you have to look at performance benchmarks.  These are the benchmarks set by the apps created with different languages. To perform this, the same app has to be created using both of the languages and then tested, which is something that Medium has done. 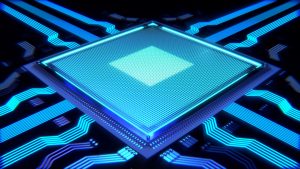 Light CPU usage is what you are looking for in an app because it will run faster and will not overheat the device. In this category, React Native wins according to Medium.  When completing specific tasks such as looking at profiles and creating to-do lists in an app, React Native is up to 1.8% faster than Swift.

However, Swift wins when you look at the more intensive tasks such as using maps. With these tasks, Swift is generally 8 to 13% faster than React Native. This is a major difference which actually places Swift on top in the overall CPU usage category. 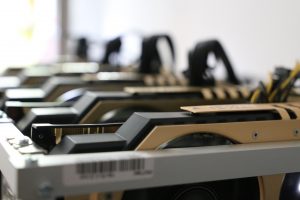 GPU performance is also important because it relates to how quickly the app is able to render. Swift and React Native are actually very close when it comes to GPU usage.  Profiles and page views are faster with Swift-based apps, but to-do lists and maps are faster on React Native apps.

While React Native wins with certain tasks and Swift wins with others, React Native is actually better overall. The overall GPU measurement found React Native to be .95 frames better than Swift. This is actually very impressive when you consider that Swift is the native iOS coding structure. 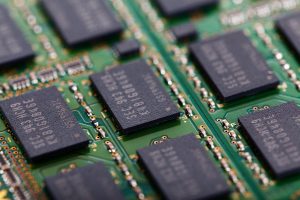 Memory is another aspect of app usage that you need to consider when coding. The more memory is being used by the app, the slower it is going to be and coding language can play a major role in this. You do not want a slow app or one that lags when certain tasks are being completed.

What Is Best For Developers?

As an iOS developer, you need to know which language would be better to use. Based on benchmark performances, Swift and React Native are very closely matched. React Native is a newer language and more developers are starting to use it, but Swift is a more tried and tested language.

Skill level, languages you know and the amount of time you have to code your app will all impact the suitability of each language. If you are new to iOS coding, React Native would be the best language to use because it runs on JavaScript and is cross-platform. You only need to write the majority of your code once and you can run the app on both iOS and Android.

Swift is easier to learn, particularly if you know some other coding languages like Java and C++. Swift may not be the most beginner-friendly language and React Native does make more sense when you code.  Coding with Swift will take longer than with React Native and you need to consider this.

If you are a web developer who is looking to get into apps, you should look at React Native. The learning curve will be more comfortable for you as the core language is JavaScript and CSS support combine with the UI tags that are similar to HTML. The tooling and overall architecture will also be more familiar to you and you can debug the app in Chrome.

Also, you should not forget the added benefits of React being cross platform which give you the added ability of targeting Android devices as well.  We’re a cross platform shop here so this was a no brainer for us.

What To Consider When Choosing Between React Native And Swift 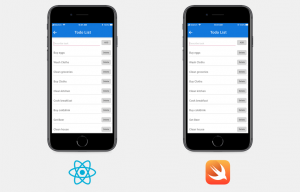 When choosing between React Native and Swift, you need to look at certain factors.  If you know that your app is going to move off iOS, React Native is better. React Native also has integrated components that you can use to carry out some basic tasks more effectively.

Swift is not improved as often as React Native which could cause issues in the long term. The simplicity of learning the JavaScript-based React Native cannot be ignored.

When choosing, you also have to look at app maintainability. You do not want your app to become outdated and unusable over time. This is something that could happen with React Native as there is a frequent release cycle, which ages your code much faster. The compatibility with third-party libraries will also cause problems with updates as the libraries cannot match the updates.

Apps created with Swift are easier to maintain and read.  XCode can be used to track and remedy errors in the app, which makes building much easier.  While React Native has an easier code, Swift does have a compact language which reduces the coding needed to perform certain tasks.

If you create an app with sensitive data, you need to think about the security of the language you use.  As Swift is the native iOS coding infrastructure, Apple has provided encryption technology in the form of APIs to encrypt and secure sensitive data in the app. As React Native is not a native language, you have to rely on third-party security libraries.

Both React Native and Swift will create apps that run well on iOS. As a developer, you will need to consider the languages that you know and the amount of time you have to build the app to determine which language you should be using. You also need to consider the security of the app and if you are looking for cross-platform compatibility.