All Articles
Trends
Business
Software
Centogram
← React Native Or Swift: Which Is Better For iOS Apps? The Hidden Advantages Of Cross-Platform Over Native App Development → 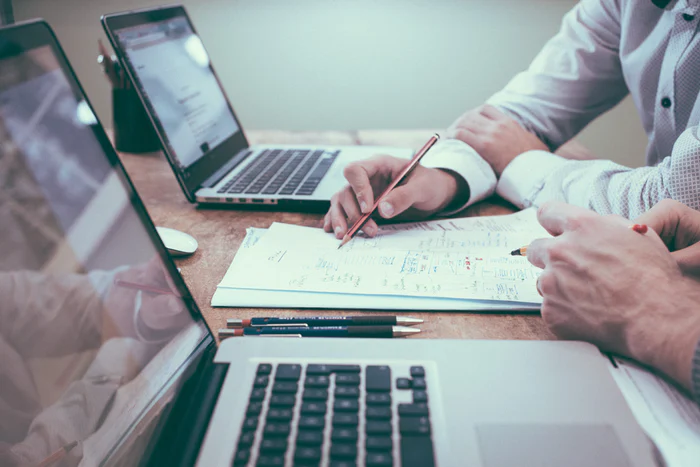 An enterprise application is a fancy term for a business app.  It refers to large, complex software that’s designed to make corporations run smoother in their day-to-day operations.  There are enterprise applications for payment processing, billing, IT management, and other tasks that big businesses need to perform efficiently.

The Ionic mobile framework was actually created and released by Drifty Co. in 2013. Despite the growth of the cross-platform app market and the popularity of Ionic, there’s certainly a level of concern surrounding the platform.

Ionic is known to have a steep learning curve and is a difficult way for beginners and first-time app developers to get started. Debugging can be a nightmare, and you can struggle with hours of coding to fix what often seems like a tiny problem.

In addition, navigation and animation within Ionic apps can be underwhelming, but this improves with every major release and with the latest 4.0 the line is not as distinct as it has been in the past.

But React Native isn’t always the sexy choice either. Like Ionic, it was released in 2013. Facebook was the mastermind behind React Native, so a concern of many is playing by Facebook’s rules. While it may seem like a positive to have a major player like Facebook supporting your platform, imagine what could happen in a dispute.

As a fully open-source platform, there are some critical advantages to the Ionic framework.

Addressing the growing popularity of cross-platform apps, the Ionic framework allows developers to create source code that’s supported across all platforms including iOS and Android. There’s no need to design specifically for one platform, making development more efficient if you’re targeting a larger audience.

The Ionic framework also allows for both JavaScript and HTML development unlike React Native, and great web developers are well versed in both.

Using the Ionic framework gives access to Angular as well as a long list of plugins and add-ons to improve functionality, graphics, and other features. You won’t get away with building video games or 3D navigation, but you can develop a damn good app.

If you take a look at successful apps developed with the Ionic framework, you’ll find something that a few of the big apps have in common: they’re built for the finance industry.

TD Trading, MarketWatch, Vertfolio, and Honeyfi are all applications developed with Ionic.

MarketWatch is an app that provides major financial market news and data to users and subscribers.

TD Trading is an app that allows users to manage their investment accounts from the convenience of their phones.

Honeyfi is a personal finance application that allows couples to manage their finances in the same place.

This could be a trend to keep an eye on as cross-platform development continues to grow.

React Native positioning and use cases

React Native can keep your hands tied as a developer in certain situations, but it has many advantages too.

React Native is more stable because of stricter design patterns, making it easy for developers to handle large projects.

Probably the biggest advantage of React Native is reduced development time. React Native code is reusable across platforms, making it faster to build and develop apps. This fast development is coupled with fast debugging and problem-solving for issues with the code.

React Native is ideal for developers who are creating apps that rely heavily on performance and hardware-related functionality (like GPS etc).

These apps must be high-performance because of large user bases and complex user functions. Their UIs are smooth and the graphics are crisp, and they don’t sacrifice any speed along the way.

Budget: Bootstrap or not

With the Ionic framework, on the other hand, developers can launch quickly and produce an app for all platforms at a much lower cost than with React Native.

If you have a relatively large budget, you’ll be able to take a deeper dive into application development with React Native.

Tips on choosing your framework

Your budget should not be the only factor in choosing a framework, however. Don’t even bother trying to create a 3D gaming app with the Ionic framework because funds aren’t available. It just won’t work.

Deciding what framework suits you as a developer or creator starts with thinking about your users, and the budget is just a minor factor.

As a developer, you should choose the Ionic framework if performance and user experience aren’t your primary objectives. Ionic is a good choice for short deadlines and lower budgets.

The Ionic framework will also generate universal code that’s compatible across multiple platforms and that can be recycled to build a web application.

React Native will likely suit you if you’re developing an app that relies heavily on the user experience and speed. A React Native app will take longer to create will cost more, but the application will provide a seamless user experience. You can expect higher levels of performance with React Native, and it also supports functionality such as camera or geolocation.

To determine which development framework is best for you, consider the benefits and pitfalls of each. It’s up to you to decide what fits your needs best.