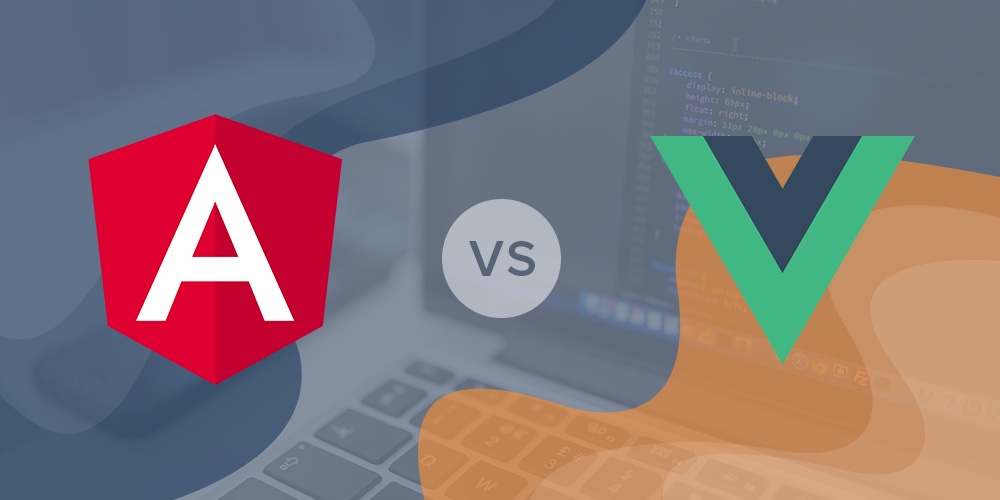 Today, building a sustainable app depends on the aesthetics of the user interface, coupled with improved functionalities. App developers today a wide range of front-end frameworks that provide them with much-needed convenience and ease in developing a mobile app. With so many choices, which framework is best for your app?

Two of the most popular frameworks are Vue and Angular.

Angular is a TypeScript-based JavaScript framework, which has an organized structure and lots of heavy coding. The framework is used to help businesses create scalable web and desktop apps, which offer an experience similar to native apps.

In contrast, Vue is an open-source web framework that was designed in response to some challenges faced by a framework like Angular. It is known for creating highly-interactive and engaging user interfaces and is better used to make small or medium-sized apps, though it is still evolving.

Let us draw comparisons between these two frameworks based on various factors:

When it comes to superior built-in functionalities, Angular takes the cake. Although the framework can work with any kind of backend, companies need to choose the one that fits their apps’ future requirements. In addition, Angular can be paired with Node.js since its backend is compatible with Javascript on the server and client side.

Vue, on the other hand, excels at creating an elegant user interface and has a clean and easily understandable coding structure. Hence, with Vue, you will require a backend framework with intelligible codes and a sophisticated UX.

This framework works well when paired with Laravel. Laravel has a powerful Model View Controller architecture, as well as a default configuration that complements Vue. Both of these frameworks are well-documented and have excellent community support.

As mentioned before, Angular has heavy coding and complex syntax, which can often lead to confusion among aspiring developers. On the other hand, Vue has a syntax that is uncomplicated and is easy to learn, which is the reason why it is a favorite among beginner app designers.

Angular, though, uses TypeScript that necessitates developers to learn TypeScript first before they are able to use Angular.

Vue, in comparison, is not created with SPAs in mind, though you can use third-party packages to create these apps. Hence, you can create SPAs with Vue, but it is very probable that you may hit some snags, which is something that you are less likely to encounter when using Angular.

When comparing the two frameworks, Angular has a more intricate and organized structure.

Therefore, when an app developer uses Angular, he or she has to perform all tasks in a way that is standardized by Angular. Due to this reason, big corporations and enterprises rely on Angular for its predefined and organized structure, which makes sure that all app developers follow the same type of architecture.

On the other hand, Vue is much more flexible than Angular and allows developers the freedom to structure the project the way they want. In addition, they also have the option to create the template in an HTML or JavaScript file.

Hence, for those who prefer TypeScript or object-oriented programming, Angular would be a good option. Vue is also known to support TypeScript, but it does not have as many libraries as Angular for it.

When it comes to scalability, Angular excels in it, particularly if it involves large and complex codebases. That’s because Angular is a fully-featured framework and the developer has to create the code in the proper structure, which ensures scalability.

On the other hand, Vue is not that good when it comes to code scalability because it does not require a specific structure for designers to follow.

Angular is an established framework that has been around for several years. Hence, it has the benefit of having more in-built libraries that you can access from the Angular-CLI project. Moreover, you also have the convenience of accessing API-specific built-in libraries, so app designers do not need to install them separately.

However, Vue is still in its infancy years and does not have the same amount of features available. It has much fewer libraries than Angular. Most of the time, you will need to use third-party libraries and install them explicitly, which can be a bit bothersome for designers.

No matter what framework you are using, your applications need to have a fast loading time. This means a small bundle size and excellent runtime performance.

If we compare the two frameworks, Angular is slower than Vue since it has a bigger bundle size when it comes to smaller applications. However, it is also a faster framework and has an excellent runtime performance, especially in terms of larger and more complex apps.

Although Vue may perform better when it comes to smaller apps, its performance may change with bigger apps that are dedicated to specific tasks. Hence, in this domain, both these apps are winners, depending on your perspective.

Angular has a steeper learning curve than Vue because to use it, you need to get at least basic knowledge of TypeScript. In addition, it also brings dependency injection, which can take some hard work to optimize your apps and to take advantage of features like lazy loading.

Vue, however, is much more intuitive and can work fine with ES5 and ES6. Its coding appears like JavaScript and it has a template that facilitates the manipulation of components and directives and allows the easy output of data. It may be more challenging to create more complicated apps but the official library of Vue, Vuex, helps with the process.

Vue works better if you want to create an easier, more interactive front-end app. On the other hand, Angular is a great choice if you want to manage both the server- and client-side modes for creating more complex apps.

Depending on the needs of your apps, both these frameworks are winners!