All Articles
Trends
Business
Software
Centogram
← Comparing Angular And Vue Mobile Apps And Why Business Owners Should Care Why is Vue Enterprise-Ready? → 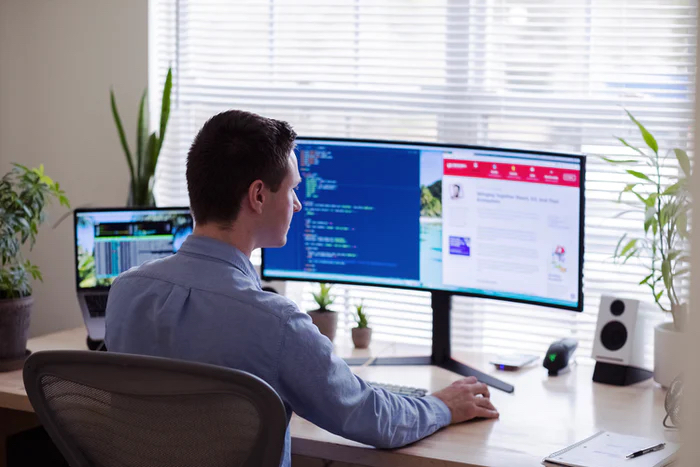 As Vue.Js continues to grow in popularity, more and more app and web development companies are looking to hire Vue.Js developers. There are also many best practices emerging that are fast becoming the standard for any Vue.Js developer. Here, we are going to take a quick look at some of the standard web dev techniques used by Vue developers and how it can make your life easier.

The best part about working with Vue is that it offers a clever design that improves the overall performance of the application, along with helping reduce memory footprint. But, that’s only possible if you have an understanding of how Vue component instances work and how to apply them correctly. This is why it is crucial to hire an app development company that has developers who are experienced in Vue. It is also essential for app developers to be familiar with Vue.Js component instancing, among other techniques.

Ask any developer and they will tell you that it doesn’t make sense to have a single root node for all components. For instance, when a developer is rendering a list of items, it is better to return the list of nodes as an array rather than wrapping it in a tag or fragment. This is a smart move since Vue does not currently support fragments. This is something that React has offered developers for some time, but it required a rewrite of the rendering system for its implementation. Right now, Vue is going through the same process. An experienced developer will know to use functional components to solve this problem for the time being.

A form is the best way to get input from the user. This makes forms a critical part of any application to work well. This is the reason why web app development companies know the importance of writing lots of forms. That being said, forms are not that straightforward to build. As the developer starts to add validation rules along with other logic, writing forms can soon become a cumbersome task, which is why you need to hire a professional app development company for your Vue app development because only an experienced Vue developer knows that you can ease this process by simply using Vuelidate. For those of you who do not know, Vuelidate is a library that takes away the hassle of having to add custom validation.

Building Components which Complement Each Other is an Art

That’s absolutely right. The worst-case scenario for any Vue developer is coming to the realization that you have built your component incorrectly, and now you have to refactor it from scratch. This not only wastes valuable time but is an extremely frustrating process for any developer. When developing a Vue app, you do now want to end up over-engineering the code. But, the good news is that when using Vue, this can be easily avoided, provided the Vue developer knows what they are doing. When hiring an app development company, it is important to find out whether or not the app developers using Vue know all the latest techniques to ensure that all the components play nicely so that your app functions smoothly and without any hiccups.

Writing Reusable Transitions is the Way to Go

It is surprising how many new Vue developers make this mistake. One of the major advantages of using Vue in the first place is that it allows you to write transitions that are reusable rather than writing one-off transitions while developing an app. This is by far, one of the coolest reasons to use Vue for your app or web development. Additionally, the ability to reuse transitions makes it easier for developers to add in nice animations to the app to improve its user-friendly design and make it more appealing to the users. The ability to not have to rewrite the same code over and over again is what makes Vue the preferred choice for many app developers. It is also one of the reasons why you should always ask for a Vue app development so that your app can be up and running without wasting any time or money during the development phase.

Regardless of the app that’s being developed, chances are, it will need to post or fetch data. Axios is by far, one of the most used libraries by developers. This is mainly because Axios is incredibly easy to configure and makes it easy for developers to work with external data as well. All developers have to do is use the browser’s built-in action “fetch” and viola. Because of the ease of use that Axios offers, it’s best for the developers to use it from the get-go. But, that’s only possible if the Vue developers you hire are familiar with industry best practices.

For many Vue developers, formatting data to display on the screen can be one of the most frustrating processes when developing an app. But, it doesn’t have to be that way. If the developer is dealing with many numbers, dates, percentages, names, and so on, they can use functions that format that data to ease the process. Vue provides some nifty filters that have been inspired by Angular and allows developers to encapsulate their formatting functions and use the templates with clean syntax, which simplifies the entire process.

One of the biggest concerns of web or app developers is time. The same can be said for the businesses that are investing in a utility app. You do not want to wait for months to get an app up and running in your business, which could cost you more and result in many lost opportunities. What sets Vue apart from the rest is that it allows developers to create clean code along with the option to reuse code, which saves a lot of time and effort for the developers. It also means that business owners get their application up and running quicker. When choosing a web or app development company that’s experienced in Vue, it’s important to make sure they know the standard as well as advanced dev techniques so that your business app can roll out without any hassle.